It has been almost 3 weeks since we went back to school for the winter term. As is my habit, i don’t get round to blogging about the hols till well after.

i’m going to try out a different format this time. i’m going to do all the “talking” and then hit you with a whole gallery of pictures.

So we spent a few days in Copenhagen because Walter had to go there for work and he extended after work was concluded so we could make a weekend of it.

i really like Copenhagen and as i have been telling people since my return, it is definitely a city i could see myself living in. i love how everyone cycles everywhere and the bike lanes are almost as big as the road for cars. The pedestrian pavement is raised above the bike lane and the bike lane is raised above the motor lane which makes for quite a safe ride. We were told that in winter, it is the bike lane which gets cleared of snow first because it is the most used mode of transport. The metro and trains are also good, easy to navigate and clean and people are all orderly about it.

The architecture of the city is lovely. There is a good mix of modern and old but not clashing. We liked the Meatpacking District which was warehouses for meat packing (as the name suggests) and is now the trendy dining district. We ate at War Pigs which served pork and only pork. The concept was interesting; its sort of school canteen meets pub meets casual dining.

The night view of the city from across the waters is lovely! It really made me miss the ocean so much more because Switzerland is a land-locked country and while it has beautiful lakes, when one has grown up on an island, the ocean is just something else altogether.

We got to see even more of the lovely ocean when we headed to Den Blå Planet (The Blue Planet), which is supposed to be one of the largest aquariums in northern Europe. It had an interesting layout, like the arms of an octopus spinning outwards and the building looks amazing from the outside; it’s like a big wave rising out of the sea. We really enjoyed the interesting blue wave-like sculpture benches we encountered along the walk from the train station to the aquarium. Watching the feeding show which was presented in both Danish and English was interesting.

Then we did our dues by visiting the “must-see” sculpture of the Little Mermaid (story by Hans C. Andersen). There was just tons of people surrounding her, all trying to get a selfie with this bronze mermaid. It is a nice sculpture but it’s not something that amazing. However, i do love the story behind how and why the sculpture was created. Read it for yourself in the picture i took of the plaque next to her. There is also a genetically modified mermaid but we didn’t go see that one.

Of course, being by the ocean, we had our fill of lovely yummy seafood! Oh, how i miss good seafood. Another thing we did by the waters was to visit Nyhavn (New Habour) on our Segway Tour. It was T’s idea to do the tour and it was a good choice. We did the short tour because the long tour had included a couple of places we had already seen the day before. We had a very nice guide who spoke great English and the tour was very interesting with little bite-sized stories about the city. We did it in a slight drizzle and even that didn’t put us off. If you have children who are 12 and above, i highly recommend doing this tour. Learning to ride a Segway is easy and fun as well. But be warned that if you are not used to standing in one position for more than 15 minutes at a time, it can get quite tiring so wear very comfortable shoes.

Another super place to visit with kids is the Experimentarium. We visited this place in the afternoon but so wished we had given it a whole day. For my Singaporean friends, it’s like the Science Center but way better and more interesting. For my Swiss friends, it’s like Technorama and probably just as good, if not better.

We also managed to catch a very inspiring art exhibition in one of the parks at night, it’s called Reflektion. It was wonderful to see lots of people at this exhibition with kids and all, even though it was a night-time exhibition. It was like an enormous light show but all over the park and exploring different aspects of light – fantastic! Sorry, i cannot find the link to the exhibition anymore.

Last but not least, we cross the channel to Malmö, Sweden, for a really short look around there. It’s a nice little place from what little we saw; we only saw it for like an hour before our flight back.

That was our overseas trip for this autumn.

We did the Suisse Toy Fair as is our tradition for the month of October. This year we went with T’s best friend and his family. It was smaller this year and was missing a few big players such as Lego and Hasbro. We spoke to a vendor there and he says that there might not be a Toy Fair soon because there are fewer and fewer vendors each year. And it is true, we noticed there are few stalls in almost every section except for one; the LAN Gaming got bigger! It’s like a gamers’ heaven; rows upon rows of computers filling the whole hall, you and your friends playing till your heart’s content for 3 whole days, you can sleep there, eat there, they even have shower facilities! There was also a Cosplay section this year as well as all the digital games. Regardless of the size, the kids had fun!

Our next outing was to Barryland. It is a museum i had wanted to visit for a while. It’s the Saint Bernard Dog Musuem! i love dogs! And there were puppies to see when we were there. It’s not very big but it is packed full of information. However, not as interactive as some of the other museums we have been to, so if you have small ones who can not yet read, it might be best to wait till they can and are interested in dogs.

Well, that sort of wraps up the highlights of our autumn holidays this year. Now enjoy the picture gallery! 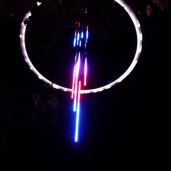 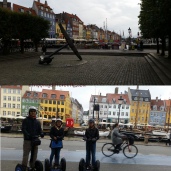 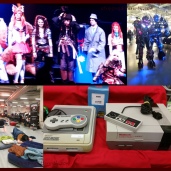